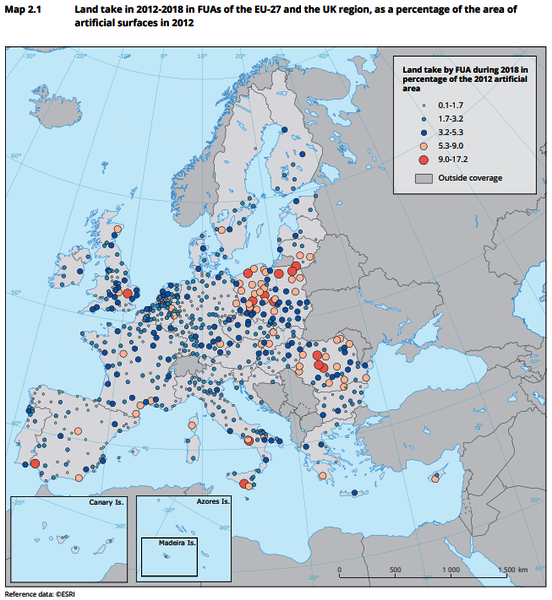 The new EEA report "Land take and land degradation in functional urban areas" analyses new data from the Urban Atlas of the Copernicus Land Monitoring Service. The data focus on land use changes and socio-economic trends in more than 650 functional urban areas (i.e., cities and their commuting zones) in the EU and the UK, which represent 23% of the land territory and host 75% of the population. The report shows that, between 2012 and 2018, land take in these urban areas increased by 3 581 km2 and soil sealing increased by estimated 1 467 km², mostly at the expense of croplands and pastures. The associated soil sealing caused a loss of potential carbon sequestration, estimated at 4.2 million tonnes of carbon during the monitoring period.

space4environment contributed to the writing and the data analysis of the report which can be read here.